Eamon Trivia 01: The Curse of Talon 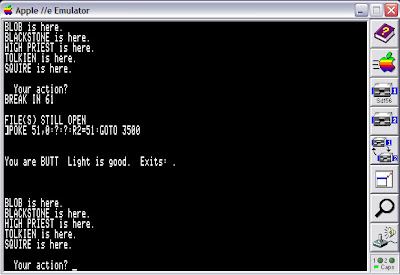 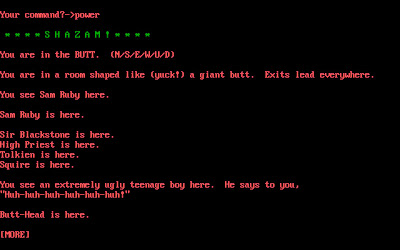 Progress is going well on Eamon Deluxe 5.0 and I'm close to sending a Beta 3 copy to my testers and hopefully a public release in the near future. Until then I need a few fun distractions to take away from the tediousness that comes with parts of the revision process.

When converting Classic Eamon adventures to Eamon Deluxe, I get to see into every nook and cranny of that adventure and often find things the average player would be likely to miss or never even see at all. This can be due to a number of reasons, including obscure special events, erroneous code or the author's personal Easter eggs to name a few.

Although I haven't kept a list of what I have found over the years (and I wish I had), I usually left notes about anything interesting I found in that particular adventure's hint files. I thought it would be fun to make semi-regular blog entries to share some of these amusing oddities and include some screen shots as well. I'll list the Official Eamon Guild number and the Eamon Deluxe number, followed by the adventure name. So, here we go...

THE CURSE OF TALON by Sam Ruby.

There is an unused room in The Curse of Talon called The Butt. I have no idea why it was there and will probably never know but I find it pretty amusing nonetheless. I converted that adventure several years ago and had forgotten about the Butt Room until recently when I was reorganizing The Sam Ruby Adventures for the Eamon Deluxe 5.0 revision. Apparently I found it amusing back when I converted it too because I expanded on it, placing "monsters" from the database that were no longer needed in the Butt Room and leaving an Easter egg that could be used to access it.

To enter the Butt Room in the Apple II version, use Control-C to break the program and enter the command shown in the screen shot. To leave the Butt, use the same method, but change "R2=51" to "R2=R3".

In the Eamon Deluxe version, simply cast your POWER spell to be teleported into the Butt. [snicker] Going in any direction will take you back to the room you came from. (Note: GIVE 5000 to a neutral monster in Eamon Deluxe to turn them into a friend.)
Posted by Frank - Eamon Deluxe at 12:54 PM 12 comments: